Being our premiere customer in the manufacturing industry, Barry-Wehmiller is a perfect example of how Cantemo Portal truly is a cross-market media management solution. The flexibility of the product enables it to fit all markets where there is a need to manage digital media.

Taking the blinders off

Barry-Wehmiller Companies is an organization built on inspiring leaders. The mission statement, one that Bob Chapman, CEO, and other senior leaders at Barry-Wehmiller Companies implement daily, is built around the idea that having inspired leaders creates a ripple effect, inspiring more leaders every day. This creates a culture of people who value their work, know they are needed, and feel appreciated.

With so many media events, and no way to use them to the best of their ability and knowledge, Barry-Wehmiller’s Video Production Group was failing at their ultimate goal of inspiring great leaders. They captured and stored media for over 7,400 employees with no effective means of locating and utilizing that media for production.

When Barry-Wehmiller approached 1303 Systems about implementing a media asset management system to help them organize and better utilize their media, we knew Cantemo Portal was just the solution they were looking for.

Founded in 1885, Barry-Wehmiller Companies is one of the leading manufacturers and suppliers of automatic labeling and finishing systems worldwide with over 7,400 employees and $1.5 billion in revenue each year. With a CEO like Chapman, and his inspirational values imprinted on his corporation, Barry-Wehmiller is much more than a manufacturer. “We measure success by the way we touch the lives of people.” Chapman says, reinforcing to the Video Production Department that a new media system was an absolute necessity at this time.

As part of the culture at Barry-Wehmiller, there is ‘University’ where all employees can attend classes. These classes on the culture of Barry-Wehmiller are fundamental to personal and corporate growth. They provide employees with learning opportunities correlating with Barry-Wehmiller’s optimistic outlook and work ethic. The University uses media for all of its classes; media that often changed and revised to remain relevant for each class.

Searching for Something in the Dark

Prior to Portal, Barry-Wehmiller did not have any way of managing or organizing media. It was recorded, occasionally edited, and ultimately placed onto a myriad of external Firewire drives sitting on a shelf. Having no reliable and consistent way of accessing media was putting a major damper on the processes of Barry-Wehmiller media production. They wasted valuable time looking through folders in a free-for-all or doing searches in Finder to find the right media. In fact, the Video Production Department spent so much time looking for media it drastically reduced the time available for editing and producing. When they could find media, they spent hours dragging files into an editor and manually transcoding various formats for stakeholder approval and final delivery. They needed to rethink their workflow and processes.

It was like throwing everything we recorded into a closet and having to dig through the pile with a blindfold on in order to find anything. With the eminent expertise and support of 1303 combined with the powerful feature-set of Portal, we changed not only how we stored and found footage, but we can now work more efficiently. We tag and add metadata to everything that is ingested in the system. We can instantly search a date of an event, a name, or any other term to find the specific files related to exactly what an editor or producer is looking for and quickly get it into Final Cut Pro X. It is like an internal ‘Google’ that we have adopted for our media needs.

The team utilizes Portal’s Annotation Tool and Rough Cut Editor extensively. After media is ingested and tagged, a producer can annotate clips or create rough cuts that seamlessly transfer into Apple’s Final Cut Pro X with a single click. Now, as soon as something is recorded, say a TED Talk, as Barry-Wehmiller’s CEO, Chapman is known to participate in, it can be ingested, edited, transcoded, and delivered within hours of recording - all using Portal.

With the integration of Cantemo Portal, Barry-Wehmiller not only has its own media library that is easily accessed and searched, but new doors have opened and led to more polished productions, stories, and training videos. In addition to all the new content they’re creating, the Video Production Group is beginning to upload older media that was recorded years ago to be used in a historical context. 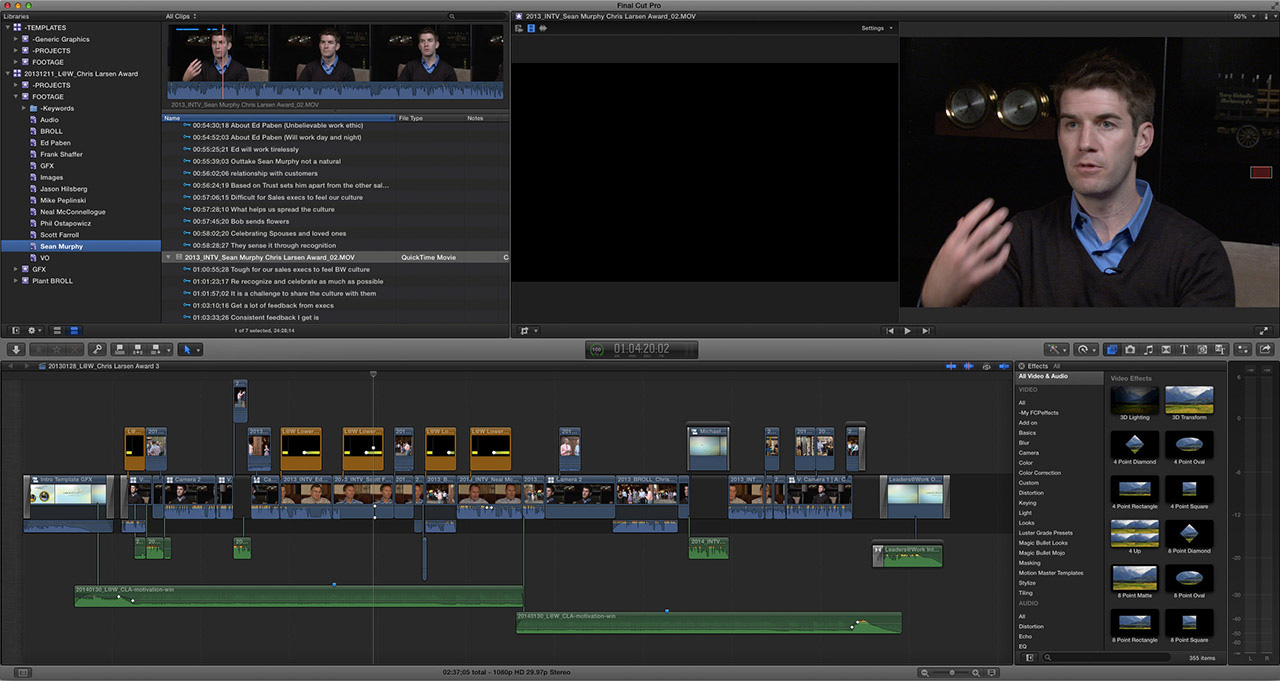 Searching for Something in the Dark

Integrating Portal wouldn’t have been possible without partnering with the IT team at Barry-Wehmiller. 1303 and the Video Production Group utilized the existing virtualization and SAN infrastructure to create an optimized and highly-available Portal deployment.

If we can utilize existing IT resources such as a strong virtualization presence and good storage, we will. It makes the boring things like backups and disaster recovery a breeze.

1303 Systems is a consulting firm specializing in media and entertainment production. Everything from editing systems, storage, media asset management, and workflow design, 1303 strives to provide excellent solutions for any client.