Our ambition with the moving project was undoubtedly to allow a profound transformation of our usages and allow us to much more serenely grasp the evolutions of our industry and the expectations of our customers and partners. We are extremely satisfied with the expert support of IVORY as well as the expertise and advice of our technological integrators CTM Solutions and Eliote. We now have a unified, more efficient, flexible, secure and decisively forward-looking structure.

In 2016, the ELEPHANT Group moved its head office and took advantage of this opportunity to strengthen and secure its existing infrastructure for programs production, speed up the digitalisation process and facilitate collaborative work and mobility for its editorial teams.

ELEPHANT, founded in 1999 by Emmanuel Chain and Thierry Bizot, is one of the main independent French audio-visual production groups. The company, through its various subsidiaries, specializes in the creation of original high added value formats for television networks and digital media. Its catalogue includes more than 1,500 hours of shows, reports, documentaries and fiction.

In 2016, ELEPHANT wished to bring all of its entities together in one place. The Group took advantage of this opportunity to set up a new program production infrastructure, adapted to the currently known and future needs for each subsidiary. 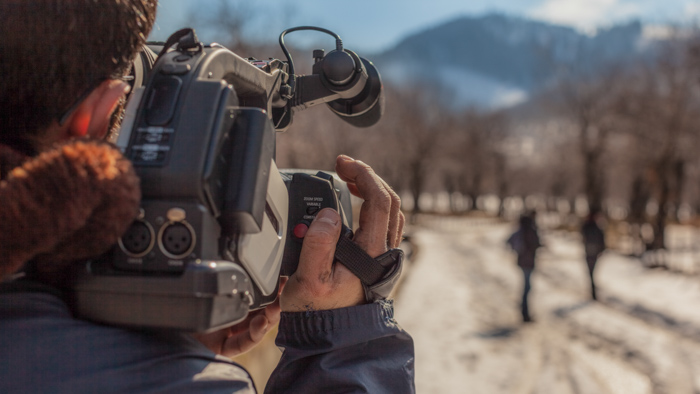 Unifying Practices for a Multi-Headed Organization

The Group’s subsidiaries have used a variet of people and technical post-production resources so far, from dailies acquisition to PADs (ready to air) delivery. Each entity having its own operating methods built on the fly, a media storage strategy for production and “silo” archiving as well as various creative tools.

The ELEPHANT Group wanted to take advantage of this move to develop best practices common to all entities and set up processes that guarantee smooth continued development with controlled costs. This new organization had to meet clearly identified needs:

The Group’s executive management asked IVORY, a consulting company specializing in the media industry, to support it in defining a plan for its internal manufacturing resources and its legacy archiving strategy.

After initially mapping its personnel and auditing technical resources and post-production methods for each entity, IVORY then accompanied ELEPHANT in the implementation phase of the project: collecting employees’ needs, drafting the practical and technical specifications, and assisting with the formal consultation process.

A New Model for Program Production

The study allowed them to identify a potential axis for streamlining methods, specifically with the digital delivery and ingest challenges, as well as with the storage system via the strengthening of nearline storage. Following a public tender procedure comprised of 5 separate lots, three structuring technological pillars were selected to meet the functional and technical requirements:

These technological components had to integrate with the Avid® environment already in operation: The Production Asset Management (PAM) solution Avid MediaCentral I Production Management and the associated storage Avid NEXIS.

Julien Chambaud, Technical Director, ELEPHANT, explains that "post-production at ELEPHANT has become more complex over the years. We were looking for a particularly secure, integrated and scalable solution for all of the subsidiaries, which would match with their own business requirements as well as their specific work timetables. This device had to be platform-independent and integrate with a multitude of tools already used internally."

Faced with the constant growth of new programs and new screens usage, the current archiving system, mainly based on a mix of production storage and LTO libraries, no longer made it possible to manage such volumes efficiently. It is in this context that MatrixStore, a hybrid media-oriented private cloud developed by the British company Object Matrix, was chosen to become the keystone of the new framework. This pioneering object storage solution, integrating AI and business APIs, is known to be particularly secure, integrated, and scalable.

Used as secure “parking” storage, MatrixStore is used as host for all the dailies from shoots and the “masters” of programs. This content is preserved and instantly accessible on MatrixStore before being automatically copied at an opportune time to a deep LTO archive. Ongoing projects can easily be put on hold, kept on MatrixStore and quickly and simply brought back to production storage, thus relieving bottlenecks and optimizing the production costs of each program.

Thanks to the applications and integrations offered by MatrixStore, low-value, manual daily management tasks have given way to increased interoperability with all of the Group’s existing systems. ELEPHANT also uses Move2, an application developed by Object Matrix, to directly interface with the LTO library. Moves to the cold archive are triggered by rules based on time or editorial metadata. It also allows transfers directly to S3-compatible public clouds.

By adding Cantemo Portal, the Media Asset Management tool developed by the Swedish publisher Cantemo™, to its device, the Group selected an elegant, intuitive and powerful solution.

Cantemo Portal ™ acts as the display of its legacy archive to access stored media wherever they are, as well as their numerous associated assets from any workstation. The essential open architecture of Cantemo Portal ™ is highly customizable and allows integration into any workflow type. 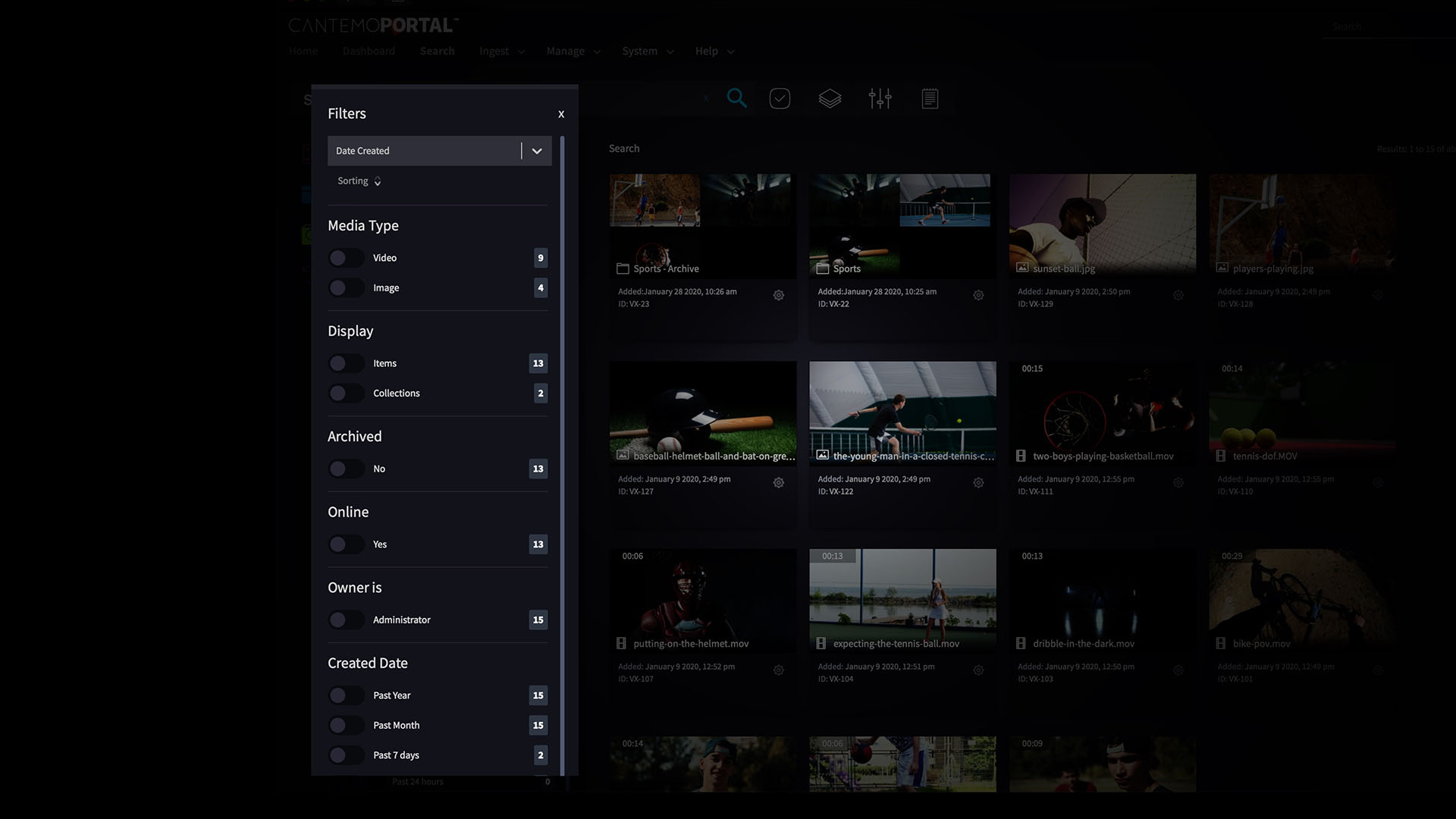 The various contributors in the program production line now have instant access to the media depending on access rights defined upstream. The system, tailored to each entity, makes it easy to find a legacy item and automate its restoration to production storage. The intuitiveness of this tool and its interface in HTML native interface make it easily accessible to non-tech-savvy users offering productions maximum autonomy. 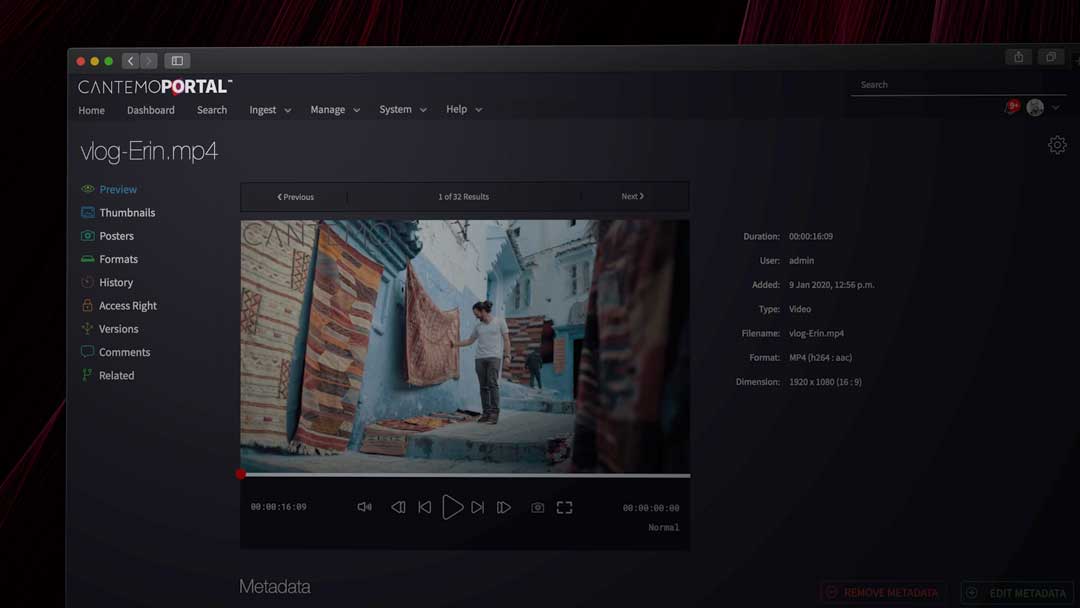 In the current context of digitalisation and the proliferation of video formats to be processed and delivered, the ELEPHANT Group has also transformed its existing architecture to optimize and secure the acquisition of its content and the delivery of its programs. The technological choice fell on ContentAgent, a powerful leading platform in terms of acquisition, technical task orchestration and transcoding developed by British publisher Root6 (a subsidiary of Vecima Networks Inc.).

A member of the Avid Alliance Partner Program, ContentAgent is finely integrated into the Avid MediaCentral I Production Management post-production environment used by a large number of subsidiaries. The system manages automated ingest according to rules related to sources and digitised PADs production according to each client’s profile.

Julien Gachot, IVORY CEO, explains that "Thanks to a perfect understanding of business needs and environment in which its employees work, ELEPHANT has been able to set up a technical framework and an organization favourable to creation. The editorial team can now devote more time to programs quality rather than to maintenance actions. Operational efficiency is therefore improved without compromising the artistic quality of the works and programs."